To publish and promote the true pure Bulldogs by means of a standard description of its correct appearance and the various characteristics points in detail of a perfectly – formed Bulldog, for uniform adoption as the sole standard of excellence, and for the guidance of breeders and of judges in awarding prizes and distinctions of merit at dog shows or other canine competitions.

To promote, hold, or arrange either independently or in connection with other persons, exhibitions, dog shows and matches, with the object of encouraging the breeding and propagation of the true Bulldog.

To promote information on canine subjects by means of lectures, discussions, the editing of a journal, books, periodicals, correspondence, drawings or otherwise.

The Bulldog Club Incorporated is the oldest breed club in the world and as such, is the “Mother” of all other bulldog clubs. Since its inception the club has justified its existence by its service to the breed in many ways.
The club holds a Championship show in March of each year which attracts huge entries and many overseas visitors. In 1975 it held its Centenary show which was judged by the late president of the club, Mrs. M.K. Barnard, probably the most well known and knowledgeable lady in the breed in her era. She is perhaps most remembered for the Achievements of her bitch “Champion Noways Chuckles” being the only bulldog to date to take the honour of best in show at Crufts.

In November the “Bulldog of the Year” show takes place to which every C.C. winner of the previous 12 months is invited to take part. This is the only place one can see all the top winners taking part in the show together, and this is the one title all serious exhibitors want to win. As well as many overseas visitors and exhibitors, who return year after year, judges and exhibitors from other breeds also attend in great numbers.

The club also produces a fully illustrated magazine “The Bulldog” once a year. Many of the photographs are coloured which adds to the attraction. It contains articles, Show reports, news from other areas and countries, photographs of all the top dogs etc. as well as a comprehensive list of breeders and a stud dog list. This is sent to 44 different countries of the world at the present time.
The club has various bulldog related articles for sale which perhaps best appreciated on our club ware stall at our shows. DVD’s of the `’Bulldog of the Year” shows are available in any world format required.

Booklets extremely useful to novices and breeders are `’Buy me a Bulldog” by Zelia Lewis dealing with all aspects of raising and training bulldog, whelping, the use of stud dogs, common ailments etc. Price £4.00 (UK) Overseas rate on request.

‘The Perfect Bulldog” in words and pictures by J. Hay Hutchison details all the points of a bulldog -Good and Bad – and is invaluable for anyone breeding and showing. Price £4.00 (UK) Overseas rate on request.

Excerpts below from Edgar Farman’s The Bulldog. A Monograph. published in 1899 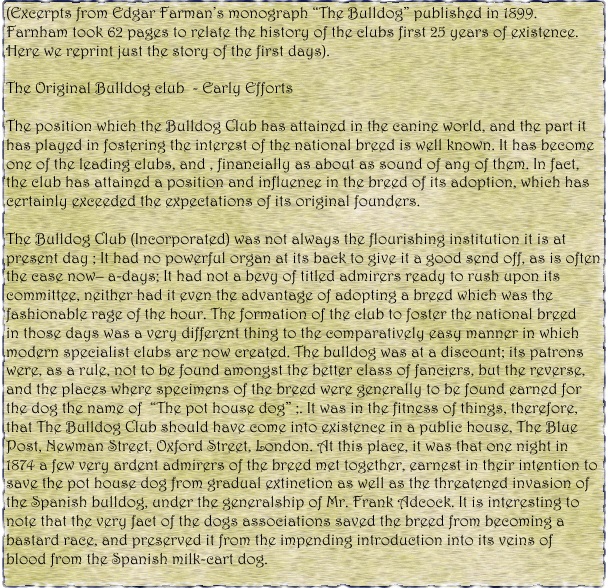 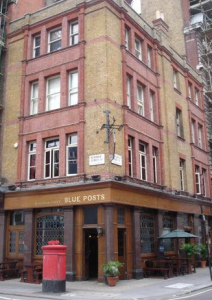 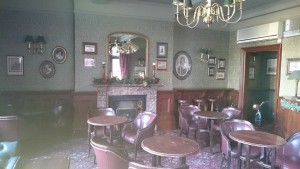 Copyright © 2018 The Bulldog Club Incorporated. All rights reserved. No part of this web site may be reproduced or transmitted in any form or by any means.

Hosted by PC Help To You